What Distillation Removes from Water

Distillation is a process that removes impurities from water by vaporizing it and then condensing the vapor. This process can be used to produce safe, clean drinking water from water that is contaminated with bacteria, viruses, or other impurities. Distillation is an effective way to purify water, and it is often used in locations where clean water is not readily available. In addition to producing clean drinking water, distillation can also be used to produce distilled water for use in medical settings or for other purposes where sterile water is required.

It also removes minerals, salts, and other substances that can be harmful to your health.

Although distillation is an effective way to purify water, it can also remove certain minerals that are beneficial to your health. For this reason, it is important to consult with a healthcare professional before using distilled water regularly. They can help you figure out if the benefits of distilled water are more important to you than the risks for your health condition.

Distillation is a process that has been used for centuries to purify water and make it safe to drink.

Distillation is a process that uses heat to separate and purify liquids. It is an ancient technology that has been used for centuries to produce fresh water from seawater, make alcoholic beverages, and extract essential oils from plants. The process works by heating a liquid, such as water, to its boiling point. The vapors that are produced rise and are condensed into a separate container, leaving behind any impurities or contaminants. This makes distillation an effective way to purify water, as well as other liquids. In recent years, advances in technology have made distillation more efficient and affordable, making it an increasingly popular choice for those looking for a safe and pure water source.

It is an effective way to remove contaminants from water and produce clean, safe drinking water.

The process of distillation is effective in removing contaminants from water and producing clean, safe drinking water. The process works by heating water to its boiling point. As the water boils, the water vapor rises and is collected. The impurities in the water are left behind, resulting in clean, distilled water. This method of purification has been used for centuries and is still widely used today. Distillation is an effective way to remove a variety of contaminants from water, including bacteria, viruses, and minerals. As a result, it is an excellent choice for producing safe, clean drinking water. 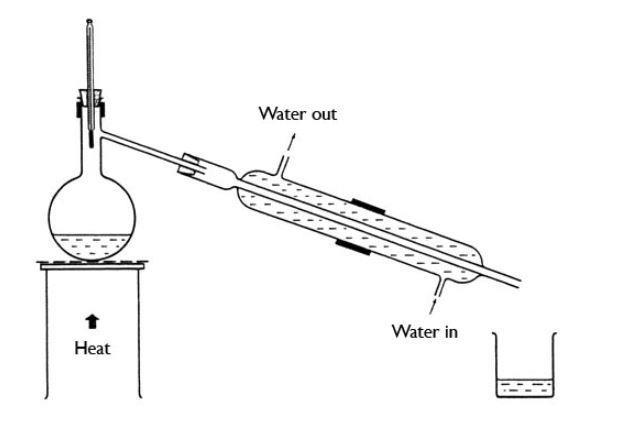 If you are looking for a reliable way to purify your water, distillation is the best option available.

Distillation is a process of purifying water that has been used for centuries. It works by heating water until it turns into vapor, leaving behind any impurities. The vapor is then condensed back into the water, producing clean, safe water. Distillation is one of the most effective ways to purify water, and it can remove a wide range of contaminants, including bacteria, viruses, and chemicals. Additionally, distillation does not require the use of harmful chemicals or filters, making it an environmentally friendly option. If you are looking for a reliable way to purify your water, distillation is the best option available.

If you’re looking for a safe and reliable source of water, distilled water is a good option to consider. Additionally, a repair technician in Salt Lake City is important to regularly maintain and clean the distillation equipment to prevent contamination.

Everything You Need To Know About Air Quality Test

Take a Look at These 5 Popular Novomatic Slot Machines

Refresh Your Home the Practical and Easy Way

Everything You Need To Know About Air Quality Test

How to Prevent Sewer Pipe Blockages in your Home

How is Air Duct Cleaning Beneficial to Your Home?