Modern air conditioning and refrigeration systems already possess various natural, climate-friendly refrigerants which are less harmful to our environment that the damaging fluorinated refrigerants. Besides, they have been found to be more energy efficient. Unfortunately, fluorinated refrigerants that have a considerable impact on global warming have continued to dominate the current refrigerants market. It is, therefore, vital that we maintain a steadfast commitment to promoting the reduction of most climate-damaging fluorinated gases in our refrigeration and air conditioning systems. Manufacturers, decision makers, and operators should be encouraged to make a quick transition to natural, climate-friendly refrigerants and should be provided with incentives to change to new and innovative cooling technologies. 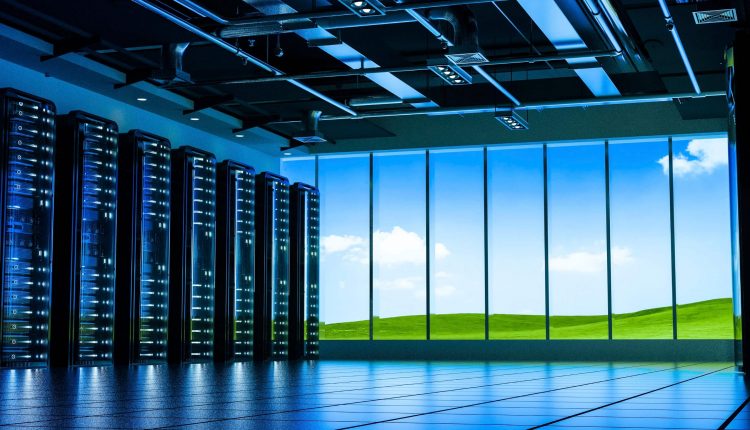 Transition to other technologies is an effective way to reduce greenhouse gas emissions while at the same time increasing resource and energy efficiency. Current activities towards this direction include cooperation with manufacturers for the minimization of emissions from fluorinated coolants in commercial refrigeration sector. The goal to reduce F-gases worldwide will only be achieved if the transition to natural, climate-friendly coolants is pursued by all stakeholders. We can only deal with this immense challenge by working in unison with the key to success laying in cooperation as well as exchange of technological experience and expertise.

Refrigeration has gained importance across the globe. However, air conditioning and refrigeration systems often bear chemicals which result in global warming. These harmful chemicals include fluorinated gases which are an integral ingredient of the coolant. F-gases are usually totally (PFCs) or partially hydrocarbons (HFCs) which could be used in different chemical blends as coolants. The products and equipment that contain fluorinated gases include, for instance, industrial refrigeration and cooling equipment, air conditioners in cars and buildings, freezers, medical aerosols, heat pumps, fire fighting equipment as well as certain foams and insulation.

PFCs and HFCs are substitutes for chlorinated and fluorinated hydrocarbons (chloro-fluorocarbons as well as partially halogenated chlorofluorocarbons). The earliest generation of chemical coolants had specific advantages; they were non-corrosive, odorless, non-toxic, non-flammable, and thus considered safe for use. However, in the late 70s and early 80s, it was discovered that CFC-containing substances resulted in depletion of stratospheric ozone layer. Since this discovery, the production, as well as use of ozone-depleting substances, has undergone strict regulations internationally, all thanks to the Montreal Protocol which was signed in 1987. And while the substitutes for HCFCs and CFCs have no harm on the ozone, they have a significant contribution to greenhouse effect with some of them having high global warming potentials.

When the refrigerants containing fluorinated gases get into the atmosphere through leakages when equipment is in normal operation or during maintenance, the result in the greenhouse effect because they reabsorb the heat radiated by the Earth’s surface into our atmosphere. Besides, most halogenated fluorocarbons are non-biodegradable in the earth’s atmosphere and could have an atmospheric lifetime of a century or more. The potential of a refrigerant to cause the greenhouse gas effect is the Global Warming Potential where the global warming potential of the substance is compared to that of carbon dioxide. For instance, HFC refrigerant R-404A bears a Global Warming Potential of 3,922 compared to a GWP of 1 for carbon dioxide. This implies that the release of 1 kg of the R-404A refrigerant causes 3,922 times more to global warming within the first century when compared to the release of the same volume of carbon dioxide.

The natural refrigerants set to replace fluorinated gases include water, ammonia, carbon dioxide, and saturated hydrocarbons like butane or propane. These natural refrigerants coupled with the appropriate technology are also ideal for use in countries with high ambient temperatures and have been associated mainly with lower emissions and higher energy efficiency. Additionally, through the energy efficient design of modern cooling systems, such as production of pressured air and heat recovery, have now been classified as standard features. Natural refrigerant benefits could be used for diverse applications as well as cooling capacities, whether for commercial refrigeration, freezers, air conditioners, heat pumps or foam in different insulation materials.

Energy efficiency is a crucial aspect when it comes to reduction of operating costs in air conditioning and refrigeration systems. Newer facilities, for instance, are now integrated with a centralized control cabinet from which refrigerators, deep-freeze areas, and refrigerated counters are controlled. This means that malfunctions are easy to identify and repairs can be conducted using remote monitoring software.

Worldwide air conditioning and refrigeration generate emissions of more than 4 Gt (1 Gigaton=1000000000 tonnes0 of carbon dioxide equivalents per annum. If business remains the same, emissions by the year 2030 are projected to be a staggering 12 Gt carbon dioxide equivalent. A third of the emissions arise directly from cooling equipment while the remaining two-thirds is as a result of indirect emissions from the energy input into cooling systems.

Direct emissions are usually caused by refrigerant leaks when performing maintenance operations or during normal operation of the equipment. The indirect emissions are dependent upon the source of energy input; the “dirtier” the source, the more the emissions. If the input is from renewable energy sources, indirect emissions decrease. The potential to eventually reduce emissions and save energy in air conditioning and refrigeration systems greatly depends on the design of the system as well as its electricity consumption. Small measures, like regular maintenance and leakage inspection, could help save a lot of energy.

The efficiency of air conditioning and refrigeration systems could be influenced by simple measures like cleaning the condenser and regular maintenance. Some aspects could be considered in advance when the transition to natural coolants is made or when new refrigeration equipment is bought. The energy efficiency of air conditioning or refrigeration system is influenced by aspects like the expected cooling loads, choice of refrigerant, and ambient temperature during summer. Here are some elements to take into account during planning so as to improve energy efficiency through natural refrigerants.

How You Can Implement Style Into Your Residence

The Advantages Of Diamond Drilling In London And Beyond

Tips For Choosing Your Deck Balusters

When Should I Clean My Aircon?

Benefits Of Installing A Burglar Alarm

Attach Modernism To Your Kitchen With Discount Kitchen Cabinets